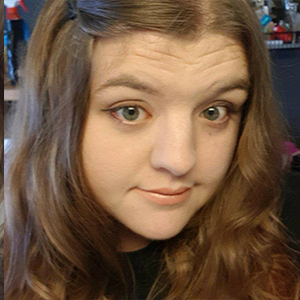 My baby was a tired baby.

She slept the first five weeks of her life. All her food would come back up, with a vengeance.

But she wasn’t fussy or crying a lot, so we didn’t worry a lot.

But then she grew. When she was closer to 2 years old, we noticed that every time she was excited about something, she would become what we best described as a little monkey. She would cling to us, holding on for dear life. She would get dark circles under her eyes, and she would eventually throw up. We noticed this happening every time we were at a party, happening, Christmas, birthday party.. you name it. But she was such a happy kid, this was just “the way she is” ..right?

Well, she started having asthma attacks at night, which also led to throwing up. We spent so many evenings at the emergency doctor, hidden away in isolated rooms so we wouldn’t infect others.

I was so tired. We could set our watches by when she would start. 11 o’clock in the evening, the coughing would start. Then she’d be sick. We had a whole routine down, I’d stick the kid in the shower, husband would do whatever we needed to clean off that evening.

So I went on Facebook. I was in allergy group, looking for others who had this issue with allergy-kids. Why wasn’t the asthma medicine helping more?

I really wish I could remember where this was posted, as there was a lady there who changed everything for us. She told med to check out CVS. Every box was ticked.

I took the kid to our doctor. But our doctor wasn’t there, only a doctor in training. He’d never heard of CVS, but when I told him about it, and he looked online (yeah…) he agreed that she needed to see a doctor in the hospital. So, we got to see a gastro-doctor, but she didn’t think the was ill “regular” enough, CVS was always very regular and cyclic, and we couldn’t document anything. But maybe if we’d had a gastroscopy, she could diagnose her as a coeliac?

All she could do otherwise was give us an open return to the children’s ward, and to come back to take blood tests during an episode. So, we did. Many, many times. I called them every time she threw up. We went in ambulances and has paramedics and doctors (5 people came, was pretty amazing) at the house in the middle of the night because she couldn’t breathe and she was so incredibly ill.

They took blood once and didn’t find anything. The rest of the time, we were treated like annoying, hysterical parents, and they even tried to send me home from the hospital on the bus at 2 in the morning with my sick child. I refused to go, and the on-call doctor read in the charts that we were to stay over if we came in, so she gave us a bed. At 4 AM they moved us from an isolated room, to a storage room, and told us we were still isolated, and that meant no bathroom-trips either. I could have a diaper for the 3-year old, if she needed. We ended up going home with no more answers. So, we documented everything. Wrote down every time she was ill and called the hospital for them to put it in her chart. After a year of this we finally had a checkup with the gastro-doctor again.  This time she seemed uninterested, saying that the child seems happy, playing on the floor, growing well.. but OK, if she’s “that regular…”

She then let us know that there would be no further follow-ups from the hospital, as there is no treatment for CVS.

We left with our semi-diagnosis, and a letter saying she needs extra care in school at events and so on.  As the hospital won’t help us anymore, we are ready to battle this ourselves.

Before her diagnosis I read that glucose IV is a good help in an episode, so I started carrying cans of sprite with me wherever we went. This could abort her episode enough to at least get her home.

We spend a lot of time preparing her for whatever is happening in the next hours, days, weeks and months, and she’s good at taking a time out to herself when she gets overwhelmed.

We breathe together through pain and we practice calming down. We use seabands, allergy tablets, and asthma medicine.