The faces of CVS
CVSA Nordic
PrevPreviousJulia, the CVS warrior
NextI got it at age 6Next 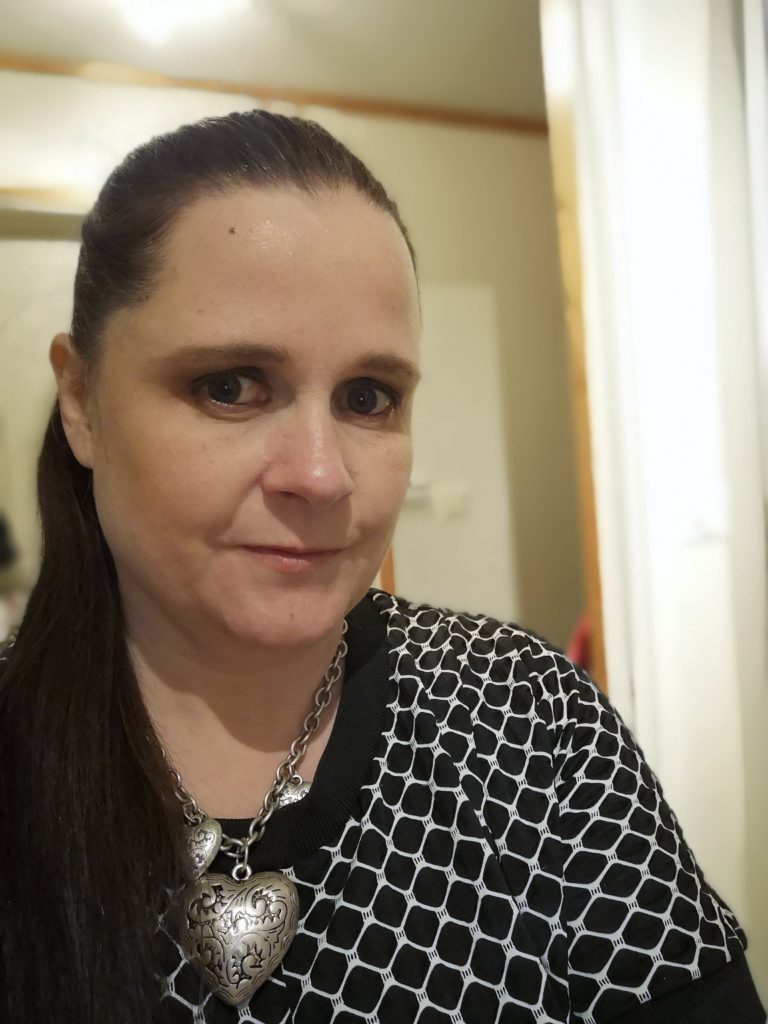 My name is Nina, and I started having CVS in 2005, when I was 32 years old. It would take many years before I was diagnosed. I am a single mom to a daughter born in 2006, and it was during that pregnancy that I first got sick. I am now 100% disabled by migraines and CVS.

When it first started, I had attacks of violent vomiting, often 6 times per hour, diarrhea and horrendous abdominal pain. The episodes were completely disabling, and lasted for about 12 hours. I would get these attacks about once a week. I was completely exhausted during these attacks, and after a while, the fatigue prevails. I was bedridden for about 18 hours per day during periods with lots of attacks.

When I first started having the attacks, they would come weekly. This lasted for about 2 ½ years, then suddenly stopped. It would still take 3 months before the fatigue got better.

Since then, I’ve learned that for me, CVS alternates between being active and in remission. A remission can last from between 3 months to 10 months – which has been the longest so far. The active periods lasts between 3 months and 2 ½ years.

It took 6 years before I was referred to a neurologist at the university hospital I Akershus, Norway. Before that, I had been told by multiple general practitioners, “You know we can’t help you,” and, “You have to realize that medical science doesn’t have an answer for everything.” But I knew that even though I was finally able to be seen by someone in secondary care service, it didn’t mean that had I met a doctor who was familiar with CVS. It was collaborative effort between the neurologist, Dr. Google, and myself that led to the conclusion that I suffer from Cyclic Vomiting Syndrome.

The doctor had never heard of CVS before, and had definitely not treated any patients with it. I had to sit in the driver’s seat and read everything I could on the subject. I contacted the Cyclic Vomiting Syndrome Association in the USA to get information on my condition. Luckily, both the neurologist and my primary care doctor were willing to read the information and let me try the treatment described there.

I’ve ended up with a cocktail of medications:

For nausea and vomiting I take Ondansetron (Zofran), but twice the dosage of what a chemo-patient needs. Sometimes, during bad attacks, I need to combine this with Emend.

For abdominal pain, I take a combination of diclofenac (Voltaren) and Tramadol.

For diarrhea, I take Immodium.

It takes a while before the medication works, and the only way I can prevent myself from vomiting them up is to lie flat on my back in the shower with very warm water running over my belly. The water is so hot that I often have massive blood-lesions afterwards, and I cannot cope with having that warm water when not in an episode. But during an episode I need it as hot as possible. The fact that I basically lived in my shower during my episodes was one of the reasons I was so sure I had the right diagnosis. Compulsive bathing behavior is a symptom of CVS, and I think we all dream of having a bed in the shower.

I am what is called a “calendar-kid” among CVS-warriors. Many CVS-patients have triggers that set of their episodes. I don’t. I have it without fail every 7-10 days, unless I am in remission.

I am quite lucky, I have found some prophylactic medication that works for me. I get good results from what is called “The mito-cocktail,” that is: L-Carnitine, coenzyme Q10 and Amitriptyline. By taking this daily, with no exception, my CVS is almost in remission. I have tried cutting down on these meds a few times, but that always brings on new attacks. I’m not 100% symptom free on medications, but I don’t throw up anymore and the pain is easier to deal with. Fatigue is still an issue. I’ve been taking this cocktail for a few of years now, and though it isn’t as effective as it was in the beginning, it still reduces the impact from CVS by at least 90%.

I do notice that on days when I normally would have had a CVS attack, my gastroparesis flares up, and I have many more migraines when I’m not in remission. My CVS is just being held down by medication.

I have chosen to be listed as Norwegian contact person for CVSA USA, as well as sitting on the board of CVSA Nodic, because I want to use my time helping others with CVS. There is so little information on CVS in Norway, so I figured we need a place to come together and help each other. I contacted the other Nordic contact persons for CVSA USA, and they were willing to start CVSA Nordic with me. If anything good comes out of having CVS, it must be that I am now in a position where I can help others.